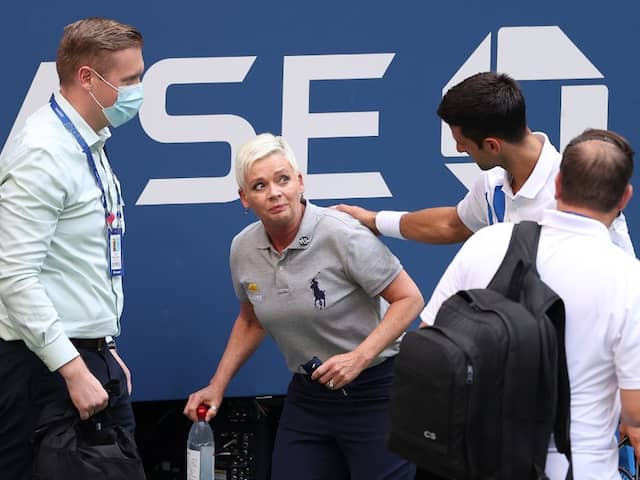 A ball bashed away in anger by Novak Djokovic had hit the line judge in the throat.© AFP


Novak Djokovic urged his fans to be “supportive and caring” of the line judge at the centre of his US Open default row after she was attacked by online trolls. Djokovic said the official, who was hit in the throat by a ball bashed away in anger by the world number one, had “done nothing wrong at all”. Some critics on social media accused the line judge, who fell to the ground and appeared to have trouble breathing, of exaggerating the extent of her injury.

IND vs AUS: KL Rahul ruled out of Border-Gavaskar Trophy with wrist injury